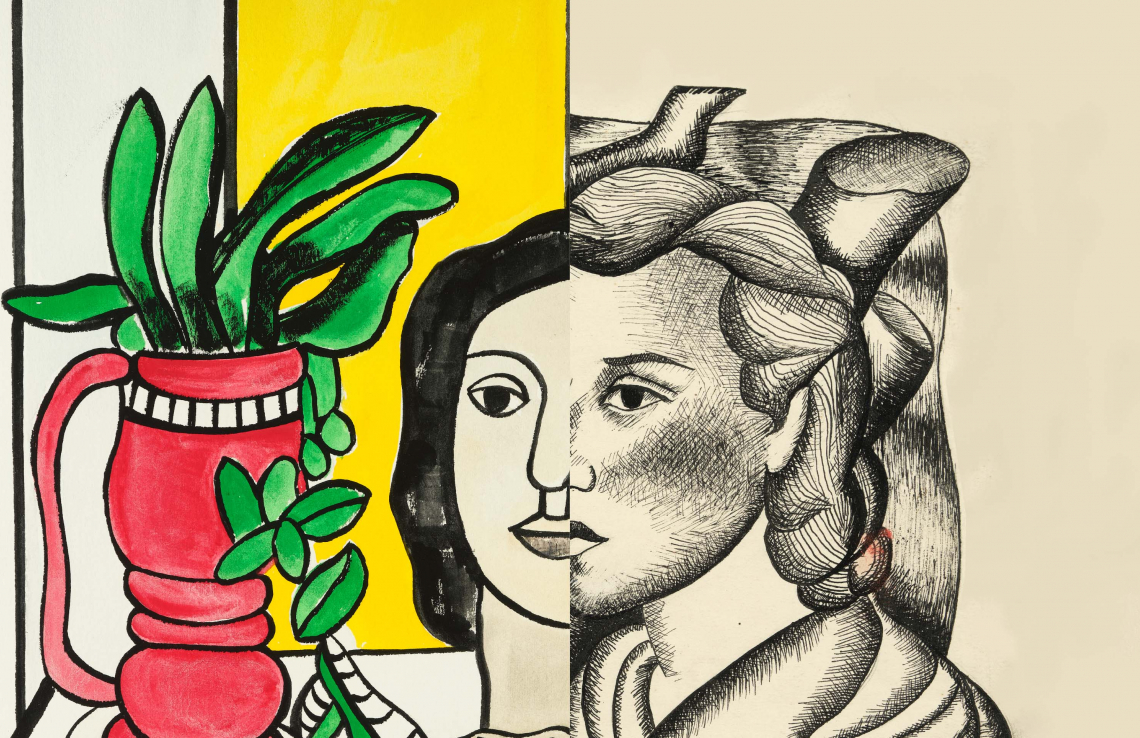 Fernand Léger (1881-1955) was born in Argentan (Orne), grew up in Lisores (Calvados) and frequented Trouville in the 1930s. He also painted the parasols of Deauville. So many places testifying to his attachment to Normandy and his roots.

After the war and until his death in 1955, Léger invited Blaise Cendrars, Jean Cocteau, Le Corbusier and the Fratellinis to the Lisores farm, which he inherited from his mother in 1922. Transformed by the architect André Svétchine in the 1960s, the museum desired by Nadia Léger, née Khodossievitch (1904-1982), the painter's second wife, welcomed thousands of visitors from 1970 to 1997. Rehabilitated since 2007, the farm-museum of Lisores will soon be reopened to the public.

The exhibition pays tribute to Fernand Léger, whose works celebrate the workers and the Normandy countryside, with those of Nadia Léger often echoing him.